A DIVINE SENSE OF HUMOR 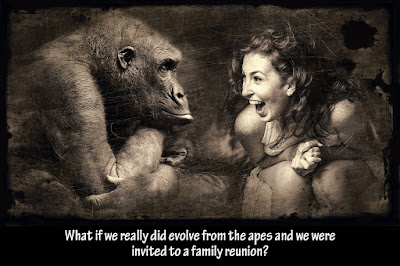 I can’t remember when I first became aware of humor, but it must’ve been a funny day. As we continue to follow the call to use media for evangelization, we ought to take a serious look at humor.

The Oxford dictionary defines humor as: “the quality of being amusing or comic, especially as expressed in literature or speech.” It adds a secondary definition: “a mood or state of mind.” Note that neither definition requires “laughter.” We don’t have to make people laugh to use humor effectively.

The Wikipedia tells us: “Humor usually concerns aspects of American culture, and depends on the historical and current development of the country's culture.” It’s a point to pursue as Paulines.

WHAT HUMOR IS NOT …

While humor can induce laughter, laughter is not the same as humor. The consistent element in humor is actually “surprise.” In the world of literature, it is often described as “being wry.”

Our realization of the need for humor in evangelization is based on current trends in our culture for Christianity and information. In October 2019, the Pew Research Center published an article entitled, “In U.S., Decline of Christianity Continues At Rapid Pace” (pewforum.org). The Pew Center reported, “… 65% of American adults describe themselves as Christians when asked about their religion, down 12 percentage points over the past decade.”

Over the past ten years, the number of people who describe themselves as Christians has sharply declined. This has happened in a world inundated with information about everything including Christianity. We cannot say that a lack of information from media in its many forms is the cause for this shift in faith. It's equally unlikely that an increase in information about Christianity will fix the problem. So what is the solution? What should we do as Paulines?

We must surprise our audience with the truth. We must learn to “be wry." Those who encounter Pauline media should always be pleasantly surprised by their encounter. To grasp the significance of this statement, let's consider a joke (any joke).

The first time you hear a good joke, you're likely to laugh or chuckle or smile or, at least, shake your head. If you hear the same joke a second time, you will probably say, “Yeah! Yeah! I’ve heard that one before.” And the third time someone tries to tell it to you, you're going to be ready to flee the room. That’s because you think you’ve heard everything you need to hear about this joke. And that’s how it is with evangelization in our culture today. 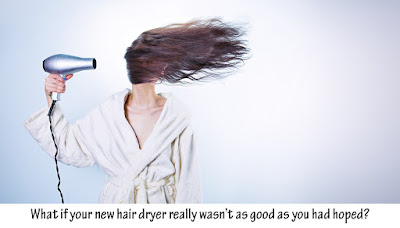 What if you had a joke (message) with the same setup? But what if your punchline was completely different? And what if you knew that your audience thought they’d heard it all before, but you surprised them?

You would probably have a lot more fun telling the joke (sharing the message). And because you had the surprise, everyone who heard it actually had more fun with the joke than they expected. It would be a great experience for everyone.

IT’S NOT ABOUT THE LAUGHS …

Of course, in the real world, humor is actually not about the laughs. Many great works of humor in literature do not evoke a lot laughter. Nevertheless, they remain great examples of humor. Consider Ambrose Bierce, He was renowned for his mocking cynicism. And then there was Mark Twain. In his time, he was actually better known for performing his works (like vaudeville) than he was for writing funny jokes or funny stories. And even among cartoonists today, "high brow" magazines like the New Yorker place a higher premium on wry, satirical work than they do on slapstick jokes.

Great works of humor all share the element of “surprise.” The creators of humor deliver what their audiences need. But they do it in a way that seems completely new and fresh. They surprise their audience. And those audiences tend to come back for more because, when it comes to media, people love to expect the unexpected.

Our God is awesome and amazing. Since we will never know all that there is to know about Him, it's not too hard to imagine being surprised by His grace, goodness, and love. In fact, if we're never surprised by God, chances are, we're not actually encountering Him either. To help our audiences be surprised by God (humor works here), we need to help them encounter God.

As Paulines, we will continue to share the love of Christ with others around us. Our charism, of course, directs us towards the use of media to achieve this purpose. While media is central to communication, what really matters most is message! In this time of divisiveness and bitterness, our culture is ripe for a message that contains a touch of humor. Humor can carry the Gospel where in-depth, academic-style information might never reach. We don’t have to be funny, but we do need to learn to serve the Gospel with a divine sense of humor. Divine humor that comes from good media always has the power to overcome sour humor from evil media. There are souls in need of this right now. 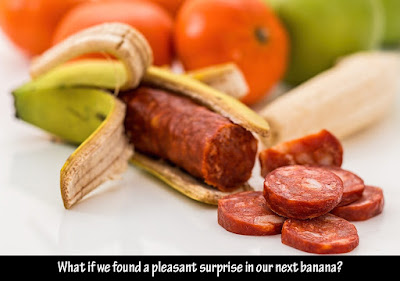 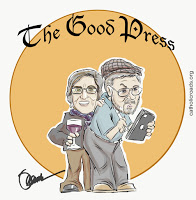 After a career in the military, Frank and Beth Lengel started their business 30 years ago. Today they train career advisers and help others discover their life’s purpose and work. Frank uses cartoons and caricature as a way of encouraging people to think about who they really are. Beth is all about the “shrines, wines, and interesting people" that make it so cool to be Catholic! The couple is active in the "Catholic Roads" apostolate.

Beth and Frank have two sons and six wonderful grandchildren. They live on a small farm in South Carolina where they have been kidnapped by a manipulative cat.

When I was younger, I wanted to write a comic novel about Jesus and his disciples. I suppose it's been done already, and I can't figure out how I'd do it now. But I do like to think about God and humor. "Laughter is the best medicine." We live in a world that takes itself way too seriously. It's good to be reminded of the salutary nature of humor!

This post touches upon a topic near and dear to my heart. I can't read a single parable of Christ's without the recognition that the Divine Son of God purposely used absurd, outlandish stories to communicate truths relative to His Kingdom. Well, if He did it, why not all of us, His followers? That, and the repeated foibles of the Patriarchs in Genesis. Plenty of smiles here as I read your post. Good work! Let's keep them laughing with us so that we all may, one day, rejoice together in heaven.

Enjoyed your article, Frank. Yes, we do take things too seriously at times. Like the idea of evangelizing with a divine sense of humor! If you have never seen it, there is a great picture of "Jesus laughing."

PAULINE CHARISM COURSE - ALL ARE INVITED!

BE PART OF A NEW SPRINGTIME IN THE CHURCH
Course on Pauline Charism -
Join us as we celebrate 100 years!
Check your local Pauline Center or contact: Cooperators@paulinemedia.com
Distance Program Available 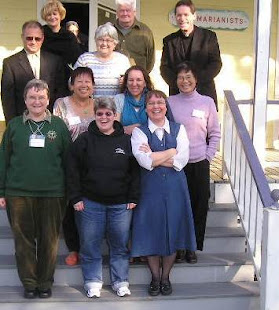 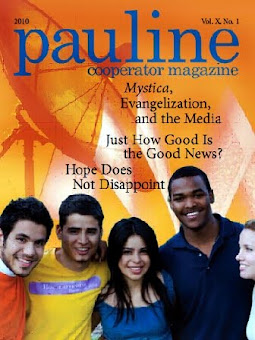 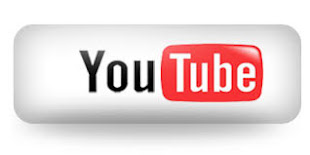 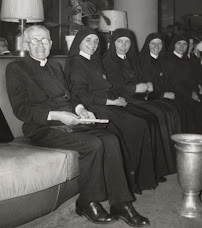